Where does the UK's offshore wind market go from here?

The UK Government and offshore wind industry are working together on a sector deal that could boost offshore wind in UK waters and support British firms going overseas, but we haven’t heard much on that since March 2018, says Frances Salter 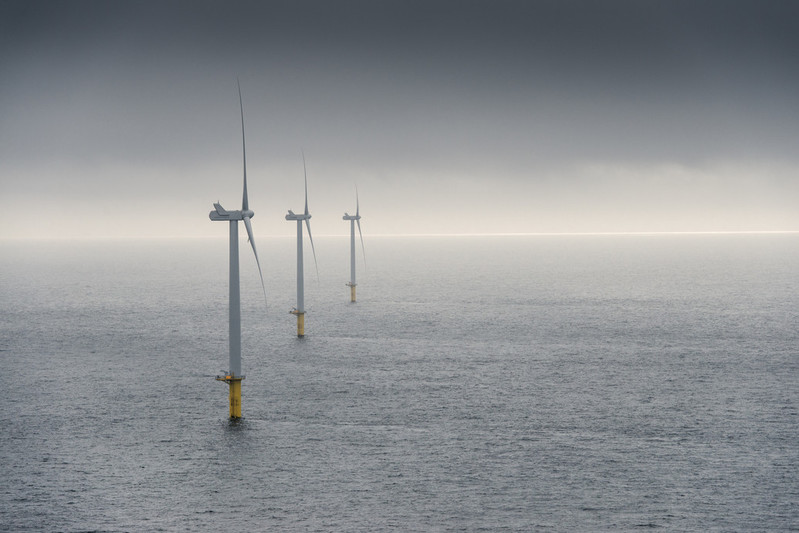 Why is the UK a leading offshore wind market?

The UK has an impressive track record when it comes to offshore wind.

Currently, the UK exports more electricity from offshore wind farms than any other country, and in 2017 it produced half of Europe’s offshore wind power.

The sector makes a significant contribution to the UK economy too. Last year, RenewableUK reported that the offshore wind industry would deliver £11.5bn into the country’s economy between 2017 and 2020. As a percentage of the UK energy mix, offshore wind makes a currently meets 5% of annual demand, and this is due to grow to 10% by 2020 according to estimates by the Crown Estate.

This success is largely the result of a combination of government support and pre-existing favourable conditions. The UK has a history of producing energy offshore because of its long-running involvement in North Sea oil and gas. This meant that some of the technology, expertise and supply chain required for offshore wind were already in place before the industry started to take off in the mid-2000s, and could be adapted from their use on non-renewable energy sources.

The UK also has a geographic advantage. It has a shallow continental shelf that extends far out from the shore, making it a convenient location for building turbine foundations.

And importantly, the offshore industry has enjoyed government support.

The UK government has supported the sector with its feed-in tariff regime and Contracts for Difference; and helped commercialise the sector with its UK Green Investment Bank which, after it was founded in 2012, took financial risks that private developers and utilities weren’t prepared to take. The UK GIB was bought by Macquarie last year.

This has all been underpinned by support from the Crown Estate, which has opened up plots of land for offshore wind farms. It is now looking at new offshore leases to support the government’s Clean Growth Strategy to support more offshore wind.

These have all helped drive down costs and the last CfD round in September, which revealed that new offshore wind is cheaper to produce than new gas, shows how far the industry has come. This combination of factors has allowed the UK offshore industry to flourish and so the question now is what’s next for UK offshore? How can it capitalise and expand on its existing success?

In the UK, offshore is set to continue making a significant economic contribution.

In March this year, RenewableUK reported that the industry’s plans until 2030 include £48bn investment in UK infrastructure, and a growth in skilled jobs from current levels of 11,000 up to 27,000.  Considered alongside the government’s Clean Growth Strategy, this would mean that UK wind capacity would more than double.

British offshore wind firms aren’t limiting their ambitions to domestic developments either. Offshore wind and its associated services have great export, meaning that UK companies could capitalise on opportunities in international markets. Scottish Power Renewables, part of the Iberdrola group, has been pursuing plans to build two large projects off the east coast of the US, each the size of its UK portfolio.

These opportunities were the focus of a 2018 report by former UK energy minister Sir Michael Fallon, which is called ‘Winning Locally, Going Global’.

The report outlines his ambitions for offshore as part of the UK’s industrial strategy, and describes the knock-on effect that investing in UK offshore businesses could have on international prospects. He suggests a minimum of 60% of the total capital expenditure on wind farms in UK waters should go to British businesses by 2020, up from the current target of 50%. For schemes that reached financial investment decisions between 2010 and 2015, 48% is currently being achieved.

He said this could be achieved with an ambitious sector deal between companies in the offshore wind industry and the UK government. This would outline what kinds of support would be given to companies developing wind projects, including financial backing from UK Export Finance and the UK Business Bank.

As well as increasing investment in UK companies in the short term, strengthening local manufacturers should help to ensure that they can retain their status as key players in the growing global offshore market over the longer term. Fallon’s report highlighted several global areas for wind farm development, which he’d like to see the UK play a part in: the Indian Ocean, the sea of Japan, and the northeast US.

Will this sector deal happening? Well, the UK’s Offshore Wind Industry Council set out its ambitions in March 2018, and is working with Baroness Brown of Cambridge, a sector champion for offshore wind. She has made positive noises. For example, in March she said:

“With an ambitious Sector Deal, we have the opportunity to take the next transformative steps together, enabling the offshore wind industry to help Government to achieve its clean growth ambitions in a way that boosts productivity and growth throughout the UK.”

We haven’t heard any more yet, but we’ll be keeping a close eye on RenewableUK’s Global Offshore Wind conference in Manchester next month. If any progress has been made yet, we’re sure that somebody will want to shout about it. 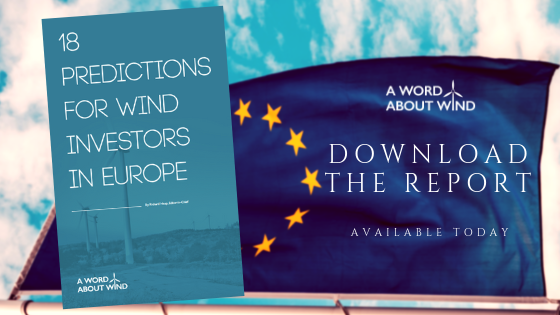