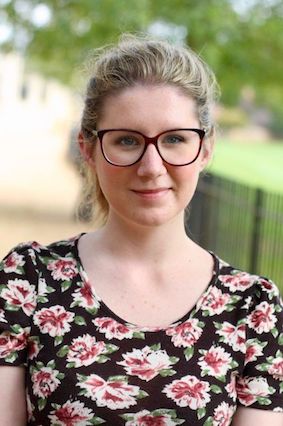 Can a wind farm survive a hurricane?

The US offshore wind sector is gathering speed, and this means that more wind farms will find themselves in harm's way in the nation's annual hurricane season. But how much of a threat are they?

To learn more about the risks of investing in wind, download our Emerging Markets Attractiveness Index. 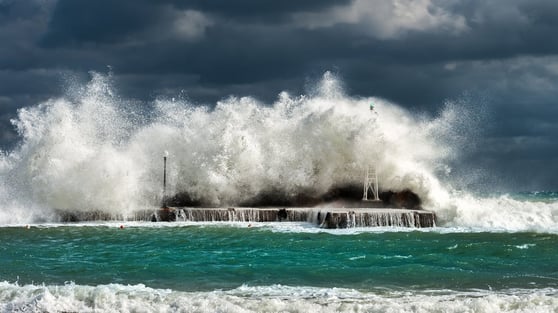 Iberdrola, Ørsted and Statoil are among the European firms looking to export their offshore wind development expertise to North America. But there is one challenge that these companies will not be used to dealing with in Europe: hurricanes.

The threat posed to wind farms by hurricanes is a timely talking point in the US.

Six months ago, Hurricane Harvey became the first major hurricane to hit the US mainland in over a decade. Wind farms in Texas survived pretty much unscathed: only one, E.On’s Papalote Creek complex, went offline and that was because of damage to transmission lines rather than the turbines themselves.

However, as the North American offshore wind market gains traction, it has raised question about what would happen offshore, where hurricanes happen more often; where hurricane winds are stronger than they are onshore; and where it is harder to fix a damaged turbine.

With this in mind, developers may be wondering how well current turbine technology stands up to extreme weather events that are rarely seen in Europe.

It is good that, for the moment, most US offshore wind farms are planned in the northeast, whereas the nation’s Hurricane Alley puts Florida and southeastern states in the direct firing line. Even so, northeastern coastal states are not immune to the threat of extreme weather, as Hurricane Jose recently proved.

And we still remember the impact of Hurricane Sandy on New York in 2012. As well as flooding the Subway system and closing the New York Stock Exchange for two days, this hurricane caused an estimated $19bn economic losses in New York City and $33bn across the state. Such events don’t need to be regular to be devastating.

This poses the question: what can developers learn from previous hurricanes and other extreme weather events as they take wind energy into US waters?

First, it is not always a bad thing. Wind farms can make use of the energy generated by extreme weather. More wind means more electricity production, although only up to a point: the power generated by the turbine continues as usual until it hits a cut-out speed and shuts down to prevent strain on the rotor.

Currently, both onshore and offshore wind farms have the capacity to withstand up to category 3 storms, through built-in mechanisms which lock and feather the blades – twisting them so that they no longer catch the wind and rotate – when wind speeds exceed 55 miles per hour. Once the storm has subsided, the turbine returns to full functionality.

Wind farms have even been known to withstand category 4 storms: when Hurricane Harvey hit the Texas coast, wind farms proved remarkably resilient: not only did they survive, they mostly remained operational during the storm.

What can we learn from Hurricane Harvey?

Nonetheless, turbines need further refinement to cope with higher-strength winds, according to research after Harvey. This is particularly true when high wind speeds are in combination with other factors: pressure from both wind and waves during an extreme weather event could be problematic for offshore wind, for example. And, if a project used floating foundations, that would introduce a further variable.

Following Hurricane Harvey, the University of Colorado published research into the limitations of current turbine design in withstanding higher-strength winds. Computer simulations suggested that current models were not prepared for the worst-case scenario: a category 5 storm. This is because current standards don’t account for a veer: a change in wind direction across a vertical span.

During the simulation, changes in wind direction between the tip of the rotor and its hub created a potentially dangerous strain on the blade. These findings may force manufacturers to refine existing turbine designs so they could be used in hurricane-prone areas, or force developers to find other ways to mitigate risk, like insurance.

To this end, the US Department of Energy is currently funding research into more robust designs.

For example, the twisted jacket foundation of the sort currently used by the oil and gas industry has a potential application in offshore wind: a foundation of this type withstood a direct hit from Hurricane Katrina (category 5) in 2005. Overall, though, there is an increasingly strong case that developers can build wind projects even in storm-prone areas – although the real test will be when any of these are in action.

Furthermore, some evidence suggests that wind power could even help reduce the impact of extreme weather events.

A 2014 Stanford study showed that offshore turbines could offer protection from hurricanes to people on land: 78,000 large wind turbines spread across 35,000 square kilometres of ocean outside of New Orleans would have cut Hurricane Katrina’s category 3 winds at landfall by 129 to 158 kilometres per hour and reduced the storm surge by 79%. This is due to turbines’ capacity for using energy from the hurricane as it crosses their path, thereby reducing its strength.

In one way, the research is somewhat ridiculous. Research from WindEurope last week reported that there were 92 offshore wind farms in operation in 11 European nations with a total of 4,149 turbines at the end of 2017. This means New Orleans would need almost 19 times as many offshore turbines as are currently in operation in the whole of Europe to take a category 5 hurricane down to category 3. But it does at least demonstrate a principle.

The same collection of turbines offshore of New York City would have reduced Hurricane Sandy’s winds by 125 to 140 kph and the surge by up to 34%.

The researchers also said this could make financial sense too: unlike seawalls, this kind of protection could help pay for itself through electricity generation.

This doesn’t ring true to us though. It relies on the turbine not shutting down in the high winds, or being destroyed by the hurricane before it can reap the benefit of those winds. And I don’t think many offshore wind farm owners would see it as a financial benefit if they need to foot the bill of repairing a devastated offshore wind farm. But let’s move on.

Either way, this is an issue that is of interest to developers, manufacturers and researchers at last.

As wind power continues to expand across North America – and in its waters – there is an opportunity to improve technology to ensure that wind turbines prove resilient to everything that US hurricane season could throw at them. 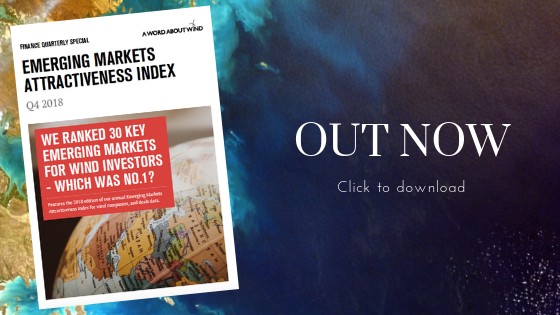 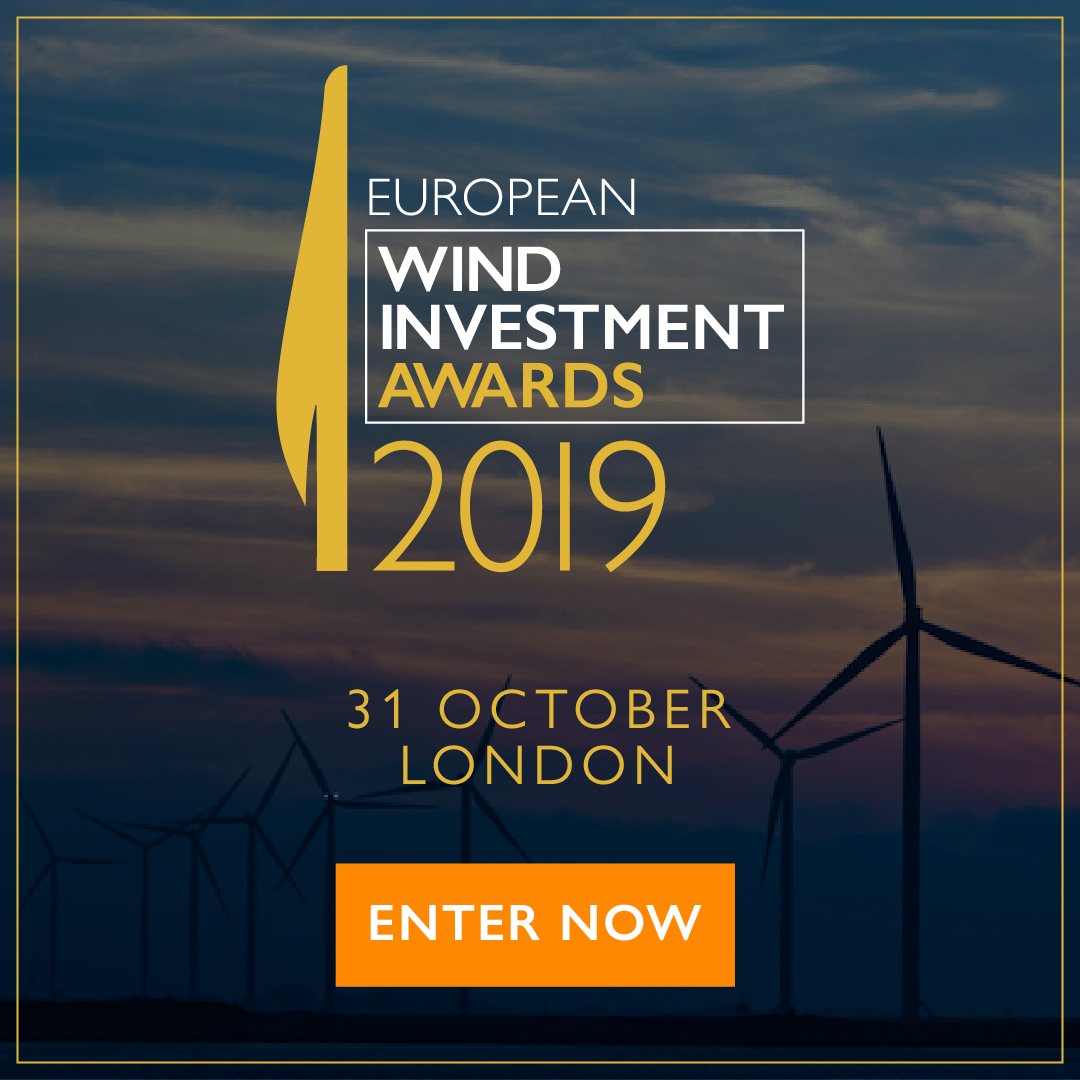