Beatrice partners pick pioneering piling protocol to protect porpoises (and other wildlife too!)

We are set to host our inaugural European Wind Investment Awards on 31st October. Before the event, we're looking at the companies shortlisted in our Innovation Award category, and how they could influence the industry. 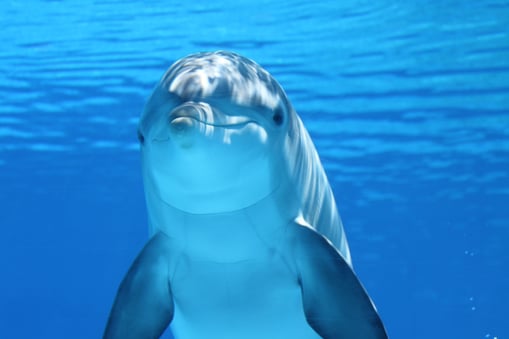 Say cheese: Bottlenose dolphins are among the species that this piling protocol helps

What is this piling mitigation protocol?

Building an offshore wind farm is a challenging and complex task.

For Beatrice Offshore Windfarm Ltd., which is made up of SSE Renewables (40%), Copenhagen Infrastructure Partners (35%) and Red Rock Power (25%), construction of the 588MW Beatrice offshore wind farm off the coast of Scotland posed a significant sustainability challenge.

This is because construction, which started in 2017 and completed this July, could have had an impact on important wildlife populations in the Moray Firth. This is part of the EU Special Areas of Conservation, and is home to harbour seals, harbour porpoises and bottlenose dolphins.

This is why the consortium devised a piling mitigation protocol, in conjunction with academics, regulators, stakeholders, other developers and contractors, to safeguard marine mammals during construction.

During the construction of offshore wind farms, turbine foundations are driven into the seabed using a hydraulic hammer that makes a lot of underwater noise. This can be harmful to a number of marine mammals.

Currently, if a marine mammal is detected near an offshore wind construction site, this delays piling until there are no longer marine mammals within the predefined injury zone. The current method for detecting the mammals is by using observers posted offshore, or passive acoustic monitoring.

BOWL’s mitigation strategy used acoustic deterrent devices, which minimise the risk of instantaneous death or injury for marine mammals as a result of single noise pulses at close range. The effects of this were monitored by using passive acoustic monitoring; rigorous enforcement of hammer energy limits; and a ‘soft start’ approach to hammer energy to further reduce risk.

Why is this an innovation?

This mitigation system represents an alternative to the standard methods devised by the Joint Nature Conservation Committee, which are currently used by developers on offshore wind projects in UK waters. Those guidelines where first produced in 2010 and then updated a couple of years ago.

The use of active deterrents is a novel approach in the UK and the efficacy in relation to marine mammal deterrence was not well known. This is why a comprehensive monitoring package was put in place, so that the findings from this project can be used in future decisions regarding mitigation.

This included deployment of seabed mounted devices to detect and record echolocation clicks, confirming that the mitigation protocol encouraged porpoises to move away from turbine sites during piling.

In addition, mobile phone technology was used to track the movements and diving behaviour of harbour seals, indicating that they do not routinely forage in areas where they might be disturbed by piling noise.​

Why is it in our shortlist?

The piloting mitigation protocol enabled the BOWL consortium to install all 84 of the 50-tonne piles of Beatrice with no measurable impact on marine mammals. Also, it shortened and de-risked the overall piling programme.

From an environmental perspective, the impact on marine mammals is often one of the most contentious topics for offshore wind developers. It’s key for wind companies to show they care and are actively investing to reduce as much as possible risks for the environment when building a project.

In addition, willingness of wind developers to try new approaches is vital for the industry. BOWL’s investment in a new marine mammal monitoring plan means that the science behind such innovative approaches can be tested and the results shared with the wider community to inform and improve future mitigation. Our judges were impressed.

We will be revealing the winners of the 13 categories in our European Wind Investment Awards at a ceremony in London on 31st October.